Gaia Summoner Master Class
A Summoner who can freely control 2 creatures. By using the Soul Harmony skill, the player is transformed into one of his creatures and unlike the Harmony of Life skill, you are allowed to summon pets. This is Warrior type summoner.

The Beast Master (aka BM) is the improved version of the Evoker. They are known for their outstanding damage dealing capabilities as well as their ability to increase other players' and their pets' Luck in their party. They get a passive 30% damage reduction from Beast type monsters allowing them to easily farm Vieled Island mobs since most of them are beasts.

Most Beast Masters use Atk. Spd and Critical Power builds at Tier 2 (155)

Its a good build for solo with pets PvE

Dual Axes are the best weapons for Beast Masters. Nevertheless, BMs can use all of their skills -with an exception ( Wave Cut)- with 2-handed axe or shield-1h-axe combination. Axe-shield combination may be useful in certain situations like tanking. 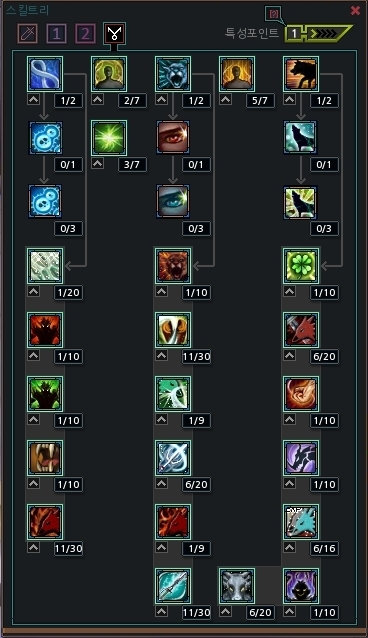 Retrieved from "https://rappelz.fandom.com/wiki/Beast_Master?oldid=70802"
Community content is available under CC-BY-SA unless otherwise noted.