Yes (Blue Pixies)
The Blue Pixie (BP) is one of the more popular pets in Rappelz. While the Red Pixie is adept at damaging opponents, the BP concentrates on healing, with healing spells similar to those of the Cleric. Stage 0 Blue pixies don't offer any buffs, but the Staged pixie can learn a buff spell.

The BP is the best readily-available healing pet in the game, especially if it is staged. It easily out-heals a Unicorn or Angel, healing multiple targets in a party and also increasing a target's HP regen % with the stage skill. Once the Blue Pixie is stage 5 it also outheals an Ifrit. The level 150 active skill makes a Blue Pixie an incredible asset for sieges; the skill can heal a dungeon core for millions of HP. The BP's resurrection skill also proves useful in certain situations, like ressing a healer in a dp if there is no Druid.

Blue Pixies are great healers, however they lack nukes and their base damage is very low (it's based on the BP's Dex and Agi stats, both of which are low), making them very poor choices for pets to deal damage with. Also, the base vitality on the pixie is relatively low, which means if it pulls aggro it can easily be killed if not quickly rescued.

Overall, this pixie is by far one of the best pets in the game. Drawing aggro with a pixie is always an issue but it can be countered by carefully timing heals. At higher levels a party's damage output is usually so high that it becomes almost impossible for a Blue Pixie to steal aggro. Granted, it has virtually no damage and tanking ability, but it can easily be kept out of harm's way. And it is by far the best healer in the game when it's staged.

Blue Pixie cards may drop from any monster at any lv. 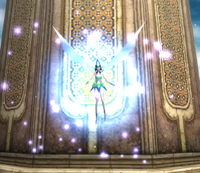 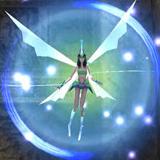 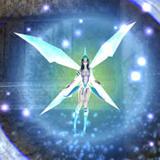 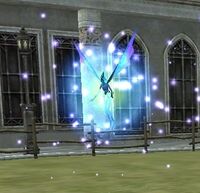 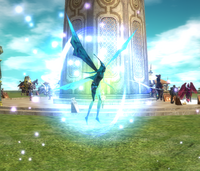 Retrieved from "https://rappelz.fandom.com/wiki/Blue_Pixie?oldid=75604"
Community content is available under CC-BY-SA unless otherwise noted.