Breeder is a pet specialist and is good at all aspects regarding pets. From taming to leveling pets, the Breeder plays a very large role in the community and in parties.

The Breeder job is the Summoner class continuation for the Devarian Guide. This job, as the described nature of the Deva suggests, mainly focuses on heals and buffs for pets. With useful buffs and the varied gameplay based on the different Class-Pet combinations, Breeders are a very popular job in this game.

Depending on the type of build, Breeders may want to boost either Intelligence and Wisdom (to raise MaxMP, M.Atk, and M.Acc) or Strength and maybe Dexterity (P.Atk and P.Acc), or they might want a bit of both builds. For defense, Vitality (MaxHP and P.Def) and Intelligence (mainly used for MaxMP) can be used. Also, a Pet's "Unity" skill can boost lacking stats, so their abilities should be taken into consideration.

The skill tree focuses on either a melee build with a mace or a magical build using a staff. Many breeders compromise and equip a two-handed mace in order to have an acceptable healing ability whilst maintaining good physical damage, whilst others forgo the physical attack skills and decide to use a two-handed staff when fighting with magical pets (such as red pixies) to use distance and their pets' unity to their advantage. The weapon passive in the skill tree allows the breeder to be very flexible in their dd'ing, complementing their flexibility with pet choices. 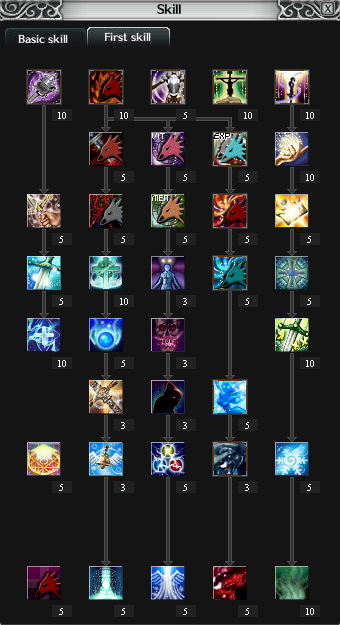