The Chaos Magician is the evolution of the Dark Magician that expands on attack spells, rather than making traps, de-buffs and self buffs (Warlocks). Chaos Magicians are noted for doing some of the highest damage in the game with powerful single and area of effect spells.

Utilize the fact that most of the Chaos Magicians stronger attacks are not a single hit, but rather sprays of damage.
Considering this, wearing a luck ring as an option to an intelligence ring is highly recommended as it increases your critical ratio. At higher levels, such as rank 5 or rank 6, a luck ring can give up to 5-6% critical ratio. With so many sprays of damage from i.e. the Dark Spiral a critical hit is due to land and in most cases, several critical hits. Be careful that you do not take agro from the tank or you will die. 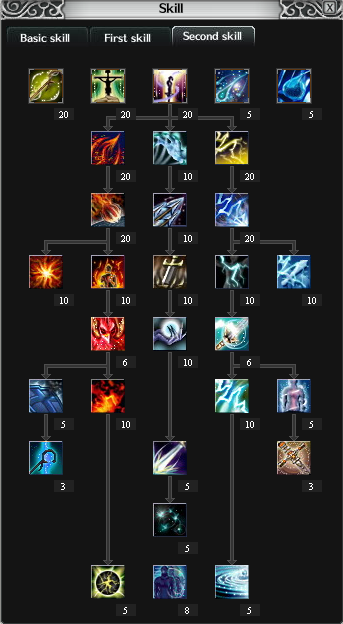