The Corruptor is the evolution of the Warlock with emphases on debuffs and traps rather than area of effect spells. The Corruptor is a powerful debuffer (also AOE), buffer and damage dealer. As Corruptor you have two paths: PvP, with better traps and debuffs, or damage dealer through buffs.

Being a Corruptor is the same thing as a Warlock - you debuff, fear and Nightmare mobs and eradicate them with your master spam skills - Inferno Fire Arrow and Maelstrom Bolt.

[List of suggested pets, and why they're good for the job]

Siren, for MAcc Unity and the additional debuffs.

Blue Pixie, for M. recov Unity and the heals are amazing in Pve

Ifrit, for the M. attack + M. deff unity + the heals and also some nice damage

Naga, for the M. attack unity and the sleep and petrify skills

Red Pixie, for the M. attack unity and some nice damage

Ice Maiden, for the M.atk and Cast Speed. Those 2 things are very important to mage classes

Corruptors are mages so they can only use magic armors. The only real wapon for Corruptors are Staffs for the powerful M.Att Skills.

For dura equip 150 you can go crit.ratio, M.Att or castspeed(for the new spams). For dura equip 155 the best way is cri.power, M.Att or castspeed(for the new spams).For those who hit 160 it is possible to get over 500 cast speed with the set buff if you use full devouring set cast speed stones hv buffs and vm buffs so you should use cri.power m.attk if you don't have access to beast master buffs then cri/ratio might be recommended. 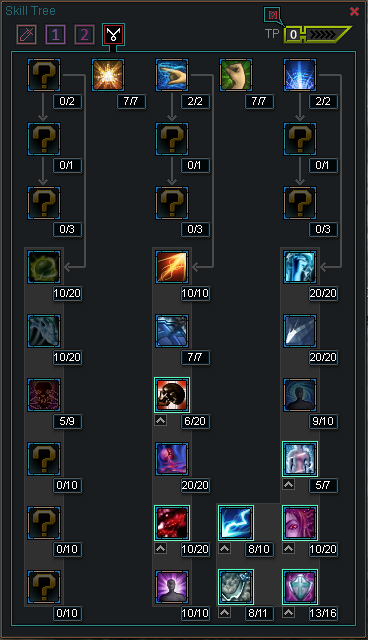 AOE, up to ten targets, Skill getting 20%(+3% per training) stronger whenever it travels from one target to another.