Gamble for a Gold Box at the Altar of the Goddess

The Death Tyrant is a unique (tier 6) pet that was first introduced in the Epic 7 : Awakening patch.

The Death Tyrant is primarily focused on dealing high damage, mainly through high physical attack, high attack speed, and high modifiers from skills. The Death Tyrant used to be the most powerful consistent dd pet in-game (before the addition of the new T6 Pets), and finds itself higher than the white dragon in terms of dd capability out of the virtue of its attack speed and melee capabilities (there are more physical buffs than magic ones) and having a newer skill set. The white dragon excels as a pvp pet due to its ranged attacks (and it's great on mage characters) but like all other magic-based pets (apart from Ifrit) its staff-whacking basic attack and cookie-cutter skill fall somewhat short in Player-Versus-environment combat.

The death tyrant also finds itself as the one of the best tanking pets in the game (again, depending on equipment and if Threatening Essence is used) due to having high skill and basic-attack damage, high base attributes, high vitality and hitpoints, and its trump skill, the Revenant Strike, which has the potential to heal great amounts of health every 30 seconds.

Death Tyrant cards can be attained via Gold Boxes from the Altar of the Goddess, via gifts from the Creature Stable, and they have now been implemented into the drop table of all dungeon mobs, but sees a higher frequency of drop with Bosses and Hardmode Mobs.

Like any other melee pet, however, the Death Tyrant does fall somewhat short when it comes to PvP, as current generation PvP tactics, which revolve largely around ranged tactics and high evasion, makes it unsuitable for combat unless the target can be held in place or stunned until the death tyrant reaches it.

Death Tyrant mobs are available for tame in Veiled Island. A high accuracy damage dealer and a tank is recommend due to the high level of the mobs and their high attack power. 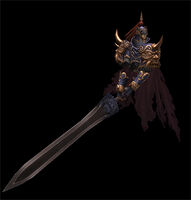 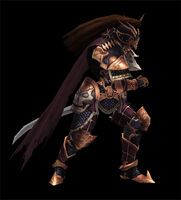 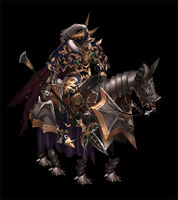 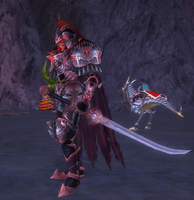 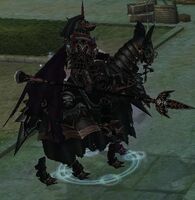 Retrieved from "https://rappelz.fandom.com/wiki/Death_Tyrant?oldid=75860"
Community content is available under CC-BY-SA unless otherwise noted.