Fighters are able to specialize in two handed axes, dual hatchets, or bows. With a focus on maximum damage output, fighters are resilient and lethal.

The Fighter is the first warrior class job change for the Gaia characters. Fighters enjoy high attack power and can store energy in spiracles for later conversion to boost either HP or Vit. With a bow they serve as a good puller in a party. They make good damage dealers whether wielding an axe or a bow and can even do a decent job as a tank though not as effective as the Holy Warrior in that tank role. Attack speed is not as high as for the Strider.

The skill tree favors either 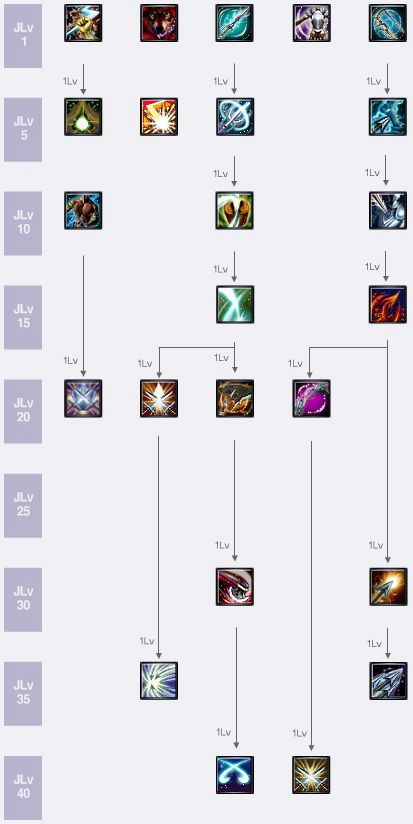 Retrieved from "https://rappelz.fandom.com/wiki/Fighter?oldid=64481"
Community content is available under CC-BY-SA unless otherwise noted.