Summoning Hector
Gnoll is a creature focused on blocking attacks.

Often viewed as the "black sheep" of the normal rare pets, the Gnoll is a speciality pet best designed for characters that use a shield. This makes the Gnoll most effective on a Knight. Occasionally a Battle Summoner with a Dirk and Shield can also properly utilize the Gnoll. Kahunas and/or Soul Breeders that opt for a 1 handed weapon and a shield can also benefit from the Gnoll, but most people who make a Kahuna and/or Soul Breeder use 2 handed weapons. The Battle Summoner's ability to revert to a 2 handed staff for Magical Attack often leaves the Knight as the only class that can properly utilize it. Even still, some Knights prefer to just use some other pet and take the Gnoll potion instead of the actual pet.

True, many classes (mostly mages) benefit little from a Gnoll's unity, however it must not be overlooked for the main reason of its inception...tanking. Gnolls tank how Knights tank, which is by generating threat and reducing/blocking incoming damage, requiring fewer heals to keep them alive. Their downfall (similar to that of a Knight) is other classes/pets occasionally generating too much threat and stealing aggro away from them. 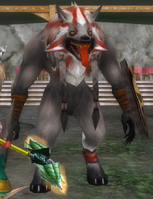 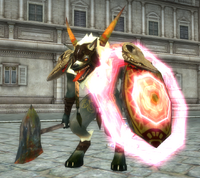 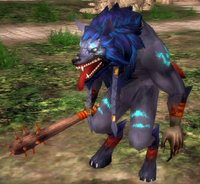 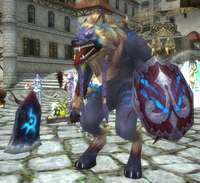 Retrieved from "https://rappelz.fandom.com/wiki/Gnoll?oldid=75815"
Community content is available under CC-BY-SA unless otherwise noted.