Hawkmen focus on physical attacks and physical defense. As such, they can be considered a higher tier equivalent of an Orc. Because of their utility in tanking, ease of use, and moderate damage dealing capabilities, the Hawkman has become a favorite of nearly all classes. Hawkman cards may drop from any monster that is level 20 to 119. 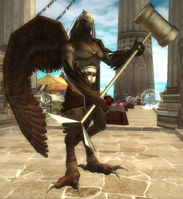 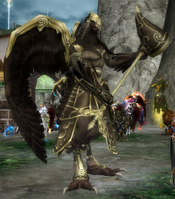 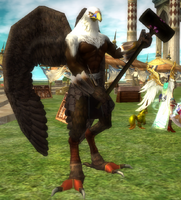 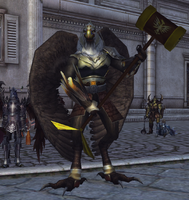 Retrieved from "https://rappelz.fandom.com/wiki/Hawkman?oldid=75697"
Community content is available under CC-BY-SA unless otherwise noted.