The Harlequin/Joker is a pet obtainable only through a failed creature enhancement.

The Joker, along with the Mystic Koala, the Ice Maiden, the Abomination, and timed pets, are the only pets that currently do not require being tamed.

The Joker can achieve the highest movement speed on a pet, by having 120 mov speed at evo 2 and 140 at evo 3. Once it has a hunter armor equipped (providing the correct passive is leveled), it will reach 150 mov spd.

The Joker keeps the same appearance through its 3 evolutions, it does change it's size slightly each evolution. You must still evolve it as per normal though.

The Joker has the special ability to allow the user to increase the success rate of a pet enhancement. By leveling the Joker, it unlocks more levels of its passive skill Clown's Sociability, which increases the success rate upon enhancing pets. Every 10 levels on the Joker will unlock 1 level of the skill, max level of the skill being 15. Each level of Clown's Sociability increases success rate by 2%. To use the Joker when enhancing pets, place the Joker card inside the enchantment window with the two other pet cards and the Soul Catalyst. This will consume the Joker card whether or not the enchantment is successful. It's worth noting that Advanced Soul Catalysts may not be used with a Joker at the same time.

On a non-pet class or Master Breeder: Crossbow and Hunter Armor.

Critical Rate or Atk Spd Durability gear is recommended. Mov. speed/ evasion gear also works well on a Joker since it will boost two of the stats it excels in, since the Joker is the pet with the highest movement speed and it's one of the pets with the highest evasion in the game. 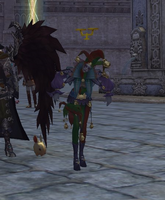 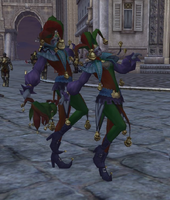 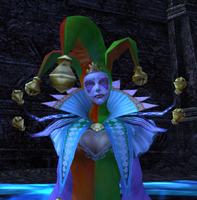