The Naga is a serpentine creature with a female torso which uses earth-based magic. Its' powerful damage skills, debuffs, M-atk Unity, and AoE disables make it one of the most coveted pets for mage classes. Although often compared to the RP, the Naga has unique debuffs similar to a druid. Naga cards may drop from any mobs that are level 120 or higher. 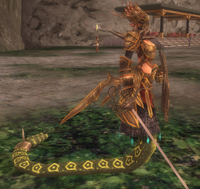 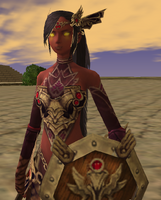