This pet was available only after Epic VI: Resurrection update

This pet is a damage dealer with moderate damage output in combination with fast attacks, high critical ratio (with dirk passive and dirk equipped) and a self-toggle for high critical power.

The nightmare is able to take several hits thanks to his unity that increases HP.

This pet is useful for Knights, Soldiers, Holy Warriors, Fighters and Champions because of his unity this classes can play for tank in DP's.

You will be able to mount your Nightmare once it reaches evolution 3. 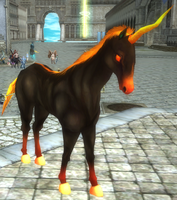 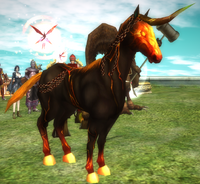 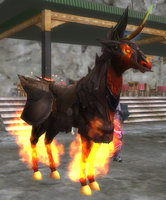 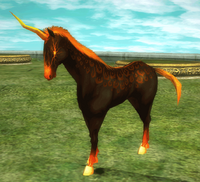 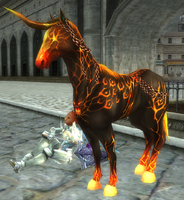