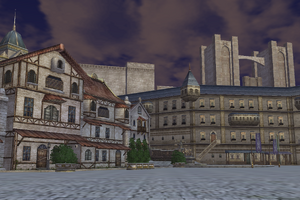 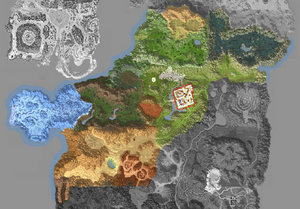 Rondo is the main town in the Rondo Area on the main continent. It is located slightly east of the center of the Rondo Area. It is general for players level 50 and higher.

The city is a large square divided into four corners. It has an aristocrat feeling to it, with brick buildings, stone pillars, fenced trees and multiple ornate fountains. The four areas consist of the city hall in the southeast, equipment and upgrades in the southwest, general merchants in the northwest and the training field in the northeast. The central area of Rondo consists of a large pillar and several more merchants including the Ursa Caverns and Flea Market representatives. 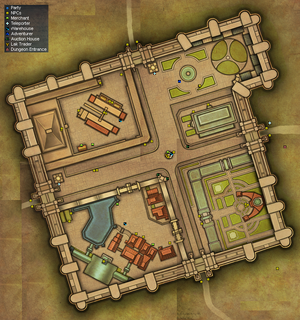 Retrieved from "https://rappelz.fandom.com/wiki/Rondo?oldid=59338"
Community content is available under CC-BY-SA unless otherwise noted.