Sorcerer is a summoner class who has strong abilities in pet combat. With pet buffs and dark magic, the sorcerer is well equipped to handle many situations.

Sorcerer is the first job for Asuran Summoner class. They can use some Dark Magician magic skills as well as unique pet abilities. They are very different from Soul Breeders in that they use Pets like vessels (channeling damage, aggro increase/decrease, HP/MP extracting).

From the Job Level 1 Passive skills regarding weaponry, Dirks and Staves are favored by the skill tree. Sorcerers cannot dual-wield dirks, so a shield is recommended to reduce damage. One-Handed Staves should not be considered generally due to its low M.Atk and P.Atk. 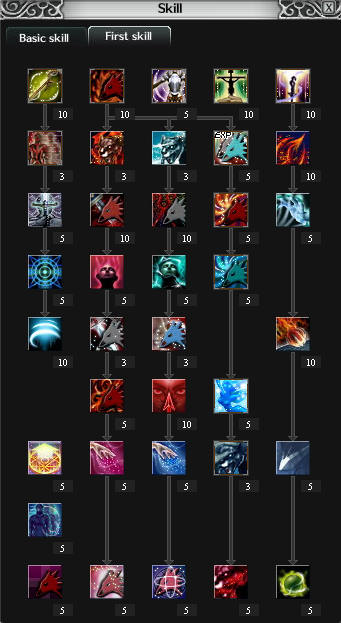