Tier 2 (aka Normal Basic) contains the most pets of any tier and are the most commonly seen pets in Rappelz. Empty Tier 2 pet cards drop frequently from mobs, and are noticeably stronger than their Tier 1 counterparts.

With 3 healing spells, a healing buff spell, and a resurrection spell superior to that of even the Priest and Druid, the Blue Pixie makes an excellent compliment to a Healer class and can act as an emergency healer should the need arise.

However, the Blue Pixie's offensive skills are mediocre and survivability is often an issue.

Although the Octopus' enchanted attack skill, Demonic Insects, has one of the highest attack modifiers in the game, its total damage output is significantly lower to the other DD pets in the tier.

With the best Physical Defense debuff of any pet and a targettable HP leech buff, the Octopus stands out as a support pet. 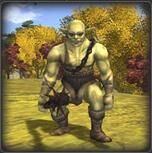 Boasting strong offensive stats/skills and decent defences, the Orc is one of the most popular tier 2 pets. It can deal decent damage in any situation (unlike the Skeleton) and will survive the longest after the Yeti.

Like the Blue Pixie, the Red Pixie lacks the defenses to survive any prolonged attack. But With 3 Magic based attack skills backed by a high Intelligence stat and Magic Attack passives/unity, she excels in burst damage. As the Red Pixie attacks from a distance, this makes her the best compliment to any ranged attackers for field farming in this tier.

The Siren deals damage through Damage Over Time spells. While not tremendous, her damage adds up at higher levels.

The Siren's true power lies in her numerous debuffs. She has the ability to cripple an opponents attacking ability while also opening them up to more damage and due to her naturally high wisdom and Magic Accuracy, she boasts the most reliable Fear spell of any pet. 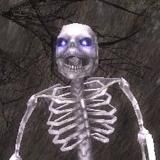 The highest base strength stat of the Normal Basic tier belongs to the Skeleton and with weapon passives and a unity that favors attack speed, the Skeleton has the potential to output the highest DPS of all tier 2 pets in fully buffed dungeon parties.

The recent updates in epic 7 have turned the Wolf into a solid damage dealing pet. It is comparable to the Orc but its stats focuses on Agility whereas the Orc looks to Strength and Vitality. What the Wolf lacks in attack power it makes up for in attack speed. What it lacks in defense it compensates for in evasion.

With the highest base Vitality of the Normal Basic pets, the Yeti is the ideal tier 2 choice if you are looking for a tank pet. Its Unity and Enchanted skills significantly reduce the damage it receives, while the threat modifiers in the Yeti's attack skills help it to hold aggro.