Warlocks are shade based casters that focus on Curses and Magical Traps.

A Warlock's soloing can be described as 'kill the mob before it reaches you'. This can be accomplished in several ways, depending on what type of mobs you're facing. When soloing normal field mobs, the general idea is to kill quick and preserve MP. To get the best bang for your MP, use a lower level of Fire Arrow and Lightning Bolt. It's always wise to use Corpse MP Drain whenever possible, to help MP upkeep. When HP gets low, Life Leech will help out greatly.

When soloing dungeon mobs, several tactics exist, the easiest of which is to Nightmare the mob, get close to it, place a Fear Trap and then take it down using spams and, if required debuffs. If the mob is not dead before the Fear ends, use another trap (Lightning Trap or Steadfast Shadowflame) to stop it from attacking you, or Windy Shackle to greatly decrease its attack speed and tank it. Again Corpse MP Drain, as well as groceries, is your friend in keeping your MP up.

When playing in a dungeon party, the Warlock is a very strong ally. Not only in terms of dealing direct damage, but also helping the other party members dealing more, and taking less, damage by keeping the mobs debuffed. When a Chaos Magician is not present, it is also the Warlock's job to make sure the party stays buffed.

In the past, there was such a thing as a Daggerlock. This Warlock, wielding Dirk and Shield, was viable back then because the damage output was only slightly lower due to magic playing an inferior role, and greater survivability. As of Epic 5 however, magic has been boosted and the Daggerlock has all but disappeared in favor of the spellcasting, FA/LB spamming Warlock equipped with a 2H Staff to maximize damage output.

The Warlock is not for everyone though, and is a very challenging job class. It is recommended to plan ahead from the very beginning before creating a Warlock.

Since Epic 5, the only real weapon for a Warlock is the 2H staff. Dagger and Shield are only options if you really really REALLY ... REALLY cannot afford a staff.  1H staff and shield can be useful for pvp situations such as dueling classes that will get the first hit on you, for example assassins, or running through a dangerous dungeon.

Warlocks are only able to don magician armor. Magician armor provides VERY little physical defense, but compromises in magical defense. Below is an overview of armor that Warlocks may wear.

As explained in the Recommended Builds part, Warlocks benefit most from Int, Vit and Wis stones. 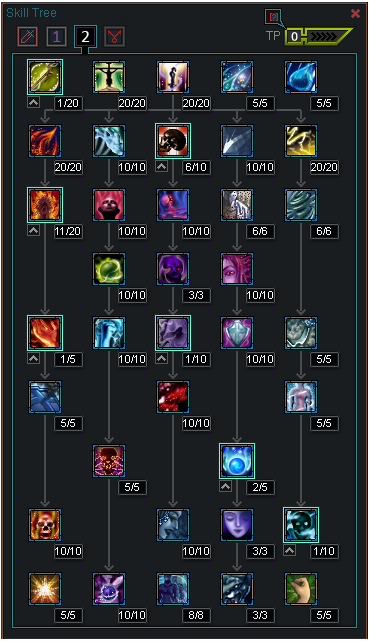