Gamble for a Gold Box at the Altar of the Goddess

Yes (All White Dragon type monsters can be tamed. Including Red Wing White Dragon mobs (level 88) in Crystal Valley or northern Crystal Valley 150+ mobs, or level 150+ Veiled Island through to level 165 adults.)
The White Dragon pet was introduced with the Epic 5 Update. The pet has virtually the same skill set as a Red Pixie but with higher modifiers on its skills, higher base stats and better armour and weapon passives. It's high base vitality allows it to be a fairly good tank pet, however there is a chance that it will lose aggro when its skills are on cool down.White dragons are favoured by mage classes (specifically priests, bishops, chaos magicians and warlocks) and mage-built pet classes (Soul Breeders and Battle Summoners, Evokers prefer physical damage-dealing pets).

However, there are more buffs (and debuffs) available for physical damage-dealing pets which somewhat limits all mage pets' Damage Dealing abilities. This is slightly mitigated by all mage pets being ranged, so they will get the first attack in (unless the owner decides otherwise). This also allows mage pets to attack feared targets whilst non-ranged physical dd pets just have to run after it until the fear wears off.

It is mountable at level 150 and has the fastest move speed in the game (unicorns and nightmares have the same move speed as the rentable rank 6 mount, the Quilin). 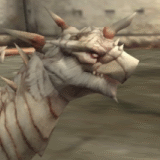 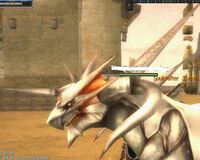 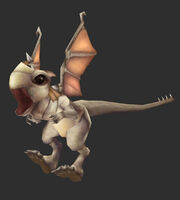 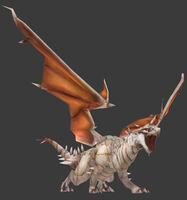 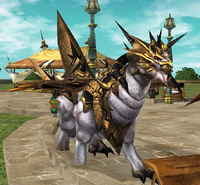 Retrieved from "https://rappelz.fandom.com/wiki/White_Dragon?oldid=75865"
Community content is available under CC-BY-SA unless otherwise noted.